The Northern Ireland Court of Appeal has handed down its decision in the so-called 'gay cake' case, deciding the question of whether religious beliefs trump the law against discrimination in the supply of goods and services on grounds of sexual orientation.

Ashers Bakery, owned by Mr & Mrs McArthur, cancelled an order taken by their shop assistant to decorate a cake with a picture of Bert & Ernie and the caption 'Support Gay Marriage'. The McArthurs are devout Christians who believe that gay marriage is sinful, and they accepted they cancelled the order because of that belief.

The Northern Ireland Court of Appeal has upheld the county court's decision. It held that the benefit from the slogan could only accrue to gay or bisexual people, and that the McArthurs would not have objected to decorating a cake saying 'Support Heterosexual Marriage'. The 'reason why' they cancelled the order was that the message related to gay marriage, and there was an exact correspondence between those of the particular sexual orientation and those whom the message supported the right to marry. Accordingly this was a case of 'associative discrimination' with the gay and bisexual community, and amounted to direct discrimination.

The Court of Appeal went on to hold that the McArthurs' own right to free speech (ie objecting to gay marriage) was not being infringed. Nobody could reasonably conclude that by icing a cake, they were expressing personal support for the slogan - just as icing witches on a Halloween cake does not indicate they support witchcraft. The McArthurs were entitled to refuse to decorate cakes involving any religious or political message, but they were not allowed to refuse to decorate cakes which carried a particular religious or political message just because it conflicted with their own views.

Although a Northern Irish case and one involving the provision of services rather than employment, it is relevant as the decision is persuasive and the law is virtually identical for services as it is for employment. "This is the latest in a line of cases that shows sexual orientation rights seem to trump those of religious belief, " highlights Employment Partner Kate Fretten. Employers with particular religious beliefs need to ensure that those beliefs do not result in them discrimination against their workers in any way. Trying to argue that their beliefs should be protected in these circumstances is unlikely to succeed.

Our Employment Team Team, based in Christchurch, also cover Bournemouth, Poole and the New Forest. For a free initial chat, please call 01202 499255 and Kate or a member of the team will be happy to discuss any questions that you may have. 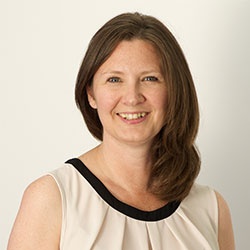 "This is the latest in a line of cases that shows sexual orientation rights seem to trump those of religious belief. "