A transgender woman who was unable to access her pension was discriminated against by UK law, the European Court of Justice has found.

The woman - known as MB - was refused the female state pension at 60 because she chose not to annul her marriage. MB said she preferred to stay married to her wife "in the sight of God".

However, a court has ruled that a person who has changed gender does not have to annul the marriage they entered into before that change, in order to receive a pension.

Under the UK's 2004 Gender Recognition Act, trans people acquired the right to formally change their gender by obtaining a full "gender recognition certificate". The law states a certificate cannot be issued to a married person who does not have their marriage annulled on the basis of their gender change.

MB, who was born male in 1948, married in 1974 and had two children. In 1991, MB began to live as a woman and underwent gender reassignment surgery in 1995, but did not apply for a gender recognition certificate.

Legally, she was still a man

When she reached her 60th birthday in May 2008, MB applied for a state pension, but was refused on the basis that legally she was still a man, and should therefore wait for the male pension at 65.

MB challenged the decision and her case went to the UK Supreme Court, where the judges were "divided" on the issue. Supreme Court judges referred it to the EU Court of Justice for guidance. A ten year legal battle ensued…

The EU Court of Justice found that the UK's marriage annulment condition (designed to avoid marriage between persons of the same sex) is "unrelated" to the retirement pension scheme.

Therefore, it concluded that UK legislation constitutes direct discrimination based on sex and is therefore in breach of European law.

After almost a decade, MB will finally be paid her pension and recognised as a woman by the government. The case will now return to the Supreme Court to apply the ruling, but MB's lawyers are said to be hopeful that the Department for Work and Pensions will apply the ruling without delay.

Paul Burton, Head of Frettens' Employment Team, says “This decision has an impact in the move towards increased equality in the workplace and employers should be mindful of how to respectfully deal with all employees.”

At Frettens, all of our solicitors offer a free initial meeting or chat on the phone to answer your questions. If this article raises issues for you or your business, please call us on 01202 499255 and the Employment team will be happy to discuss it with you. 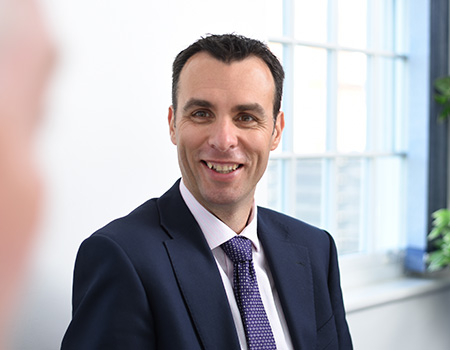 Get in touch if you need more information on this topic. You should find the other articles in July's employment newsletter of interest.